(not sure if this is even a valid word, but let’s go with it for now)

I recently concluded my 3rd JoMO (Joy of Missing Out) week. More and more I’m finding that spending less time on the smartphone and social media is bringing tremendous value and quality of life (nothing new here, tons of people talking about it).

One small tip I read a while ago was that making our smartphones less interesting was a way to help in the effort. And one interesting way to do that, was to remove the colors from the screen (or greatly reduce saturation). So I went full on and used the Android Developer Mode settings to change the display to monochromatic display.

I absolutely LOVE it for the minimalist and e-book like style. Not sure if there’s a real impact in terms of being less attracted to browse, but it makes me look at the smartphone has a simpler tool than a pretty screen to waste time on. 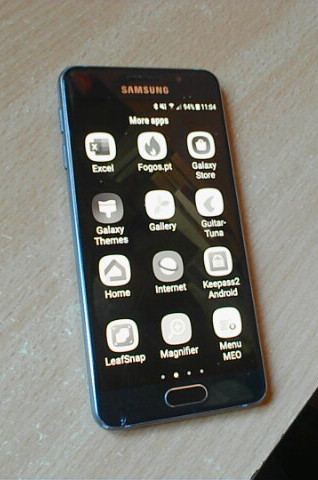 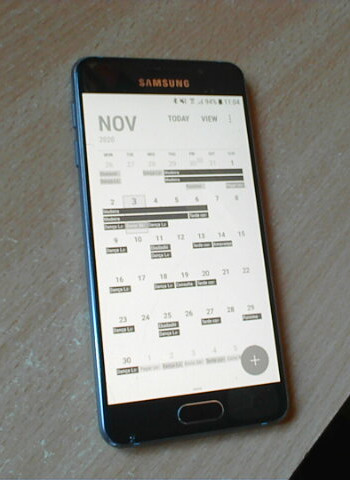 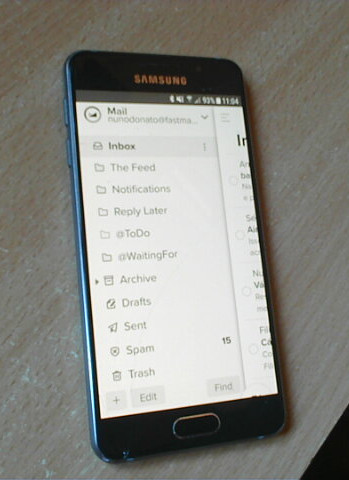 One other change I did was to use the “easy UI” as a launcher, which is a kind of dumbed down samsung home screen with big icons and no widgets.

I’ve been considering going back to a feature phone, perhaps one of the recent Nokias that also include google maps and calendar sync (two things that I would surely miss), like the 2720 or the 800 Tough. But I also have my eyes on upcoming “minimalist” phones, even though the price point is a bit high for me. Check out The Light Phone and the Mudita Pure.